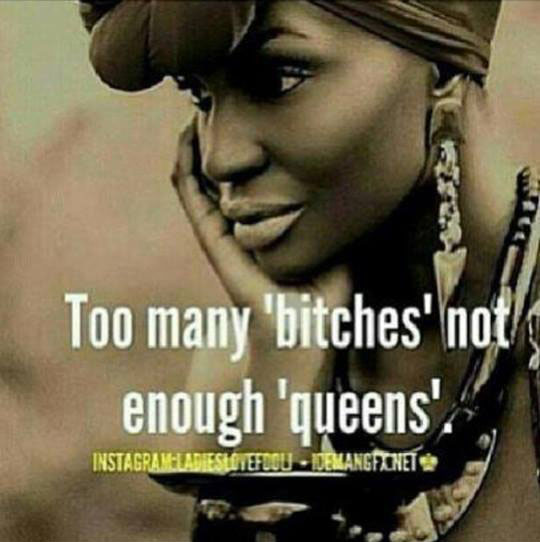 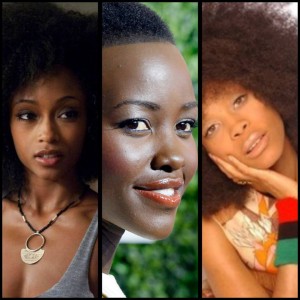 “Beauty is power; a smile is its sword” -John Ray

I was having a conversation with my friend about beauty and how it’s interpreted among black people. We have let long weaves, labels, and body images define what’s beautiful, or is that what a “bad bitch” consist of? It seems like just being a cute girl isn’t enough anymore, and being smart has been completely thrown out the window. So we see the little black girls with their really long weaves, carrying their foreign bags, and we can’t forget her premium jeans and her fat ass.

I guess I’m just confused to know how beauty is now defined by material things. What happened to having a nice smile and being able to hold an intellectual conversation or nice eyes that glow but especially what happened to being confident? See what I’ve learned as I’ve gotten older is that the most insecure females are the ones you least expect. Behind close doors they’re secretly hating themselves, they don’t think they’re pretty or deserving of love, they hate their body and are willing to do anything just to feel love; but when they’re in the eye of the public they’re a totally different person.

The definition of beautiful is possessing QUALITIES that give great pleasure or satisfaction to see, hear, or think about the senses. The key word in the definition is QUALITIES, we have replaced qualities with everything that the rappers say they like and want in a female; but when you see these rappers girlfriends and/or wives, only a select few look like the girls that they rap about. It makes it no better that now Black men have decided that they don’t want anything to do with us, they would prefer to have something “foreign”. In my head I’m thinking “damn aren’t I foreign, my ancestors were brought over here in chains unwillingly, I’m suppose to be an “American” but to some I’m still a nigger that needs to go back to Africa”; just my thoughts though. 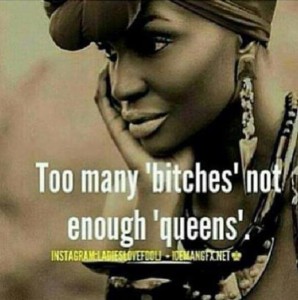 So now we’re being told by our African Kings which are the men that should ALWAYS want us, that we are no longer beautiful enough to be their African Queens. Our hair isn’t good enough, our bodies aren’t good enough, our personalities aren’t good enough. I think about history and all that a Black woman had to go through. Being raped while her husband is in sight. Seeing her children being sold, sometimes directly out of her own hands, only to have to give her breast milk to her master’s baby. Seeing her brothers, cousins, and father being treated like they weren’t men…but they want something foreign right?

I wonder if people know that strength holds it’s own beauty. That before anything a Black woman is strong and resourceful and if you ask me that’s beautiful. It’s no good if I see beauty in all Black women no matter their shade, hair texture, or the shape of their body and they don’t see beauty in themselves. It’s not the weave, the clothes, or the bags that make a woman beautiful, it’s what’s inside. I’ve seen pretty girls with ugly personalities which instantly made them no longer pretty and then I’ve seen not so pretty girls with pretty personalities and they instantly became pretty to me. We have to stop letting society, social media, and entertainers define who and what we are. If we search and dig a little deeper maybe we would have more of an understanding of ourselves and we could see how beautiful we are and that material things are a plus but they do not make or break us. We ourselves make and break us. So to all my beautiful black women just simply SMILE because I see the beauty in you.

Little black girl from the east side of Detroit that’s going to use her words to change as much as God allows me to. I believe knowledge is power, I guess that’s why I read and write so much.”