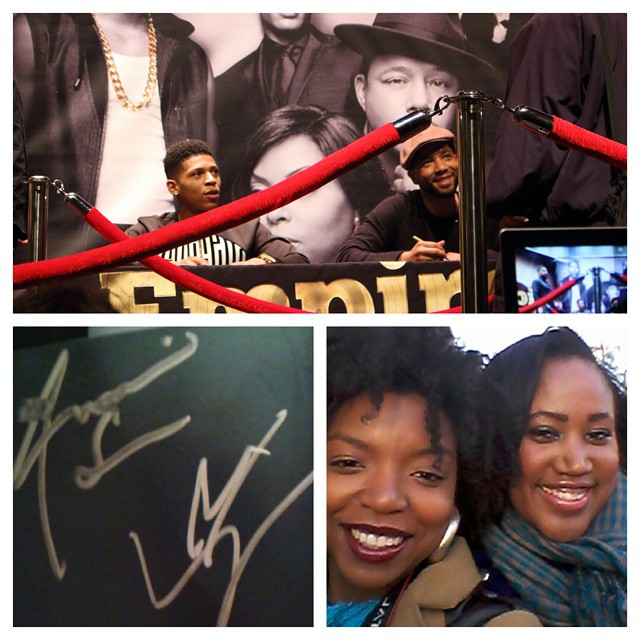 Yesterday Empire on Fox stars Bryshere “Yazz the Greatest” Gray and Jussie Smollett came to Chicago for their Empire album signing event at the Harold Washington Cultural Center and my friend @artistry11 and me went on down there! Lol It was fun! There were a lot of young and older people screaming and hollering! Yazz & Jussie performed a couple of songs in between signing CDs, kissing babies and hugging some of their most die-hard fans! I’m a fan of the show and I was excited to meet them both. When Jussie Smollett who plays Jamal on Empire looked up at me, the first thing he said was, “You look like Lauryn Hill!” and I replied, “lol I get that all the time!” and we both shared a smile and a chuckle. My day was made ! He has such a sweet spirit, I could tell he was genuinely in the moment with every fan.They were both so nice to everyone and very energetic! Yazz who plays Hakeem has such a flirtatious smile, and he can’t even help it with those dimples and that special spark in his eyes. I truly enjoyed meeting them both and getting my CD signed. I’m blasting “Drip Drop” in my new silver flicker lol